Welcome to The Dental Bridge Program 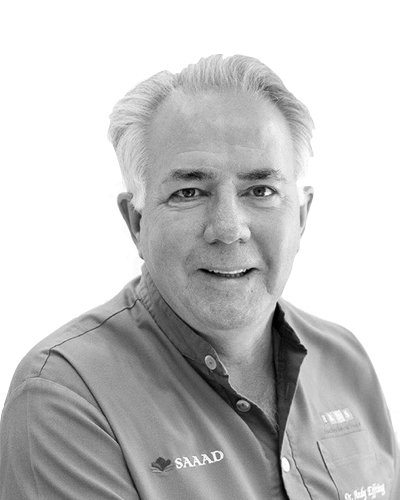 Andy graduated at the University of the Witwatersrand In 1981 and established the Hout Bay Dental Studio in 1983. Since its establishment, the once 'single-dentist' practice has grown into a multidisciplinary studio that incorporates 5 surgeries all focused on comlpex multidsicplinary rehabilitations that change a patients life forwever.

Andy has a particular interest in mercury-free, minimally invasive dentistry and in treating patients in a holistic manner. He was one of the first clinicians in South Africa to introduce all-cermaic restorattions into his daily treatments and has successfully been using bonded porcealin overlays and inlays for more than 20 years.

Andy is a founder member and President of the South African Academy of Aesthetic Dentistry. He is the Cape Town Study Club Director and Fellow of the International Team of Implantology. A national lecturer, he has published articles in dental and health journals, contributed many case presentations to his study groups and made several guest appearances on radio and television discussing dental related matters.